The 745e brings some eco-friendliness to the automaker’s high-end sedan via a battery pack that with up to 16 miles of EV range. In combination gas and electric mode, it has a 56 MPGe versus 22 MPG (in gas-only mode). Like most BMWs, the 7 Series is built for speed and to pamper its occupants. The 7 Series is BMW’s pinnacle of comfort, opulence and technology. Yet with all that it has going for it, the 745e’s electric-only range leaves something to be desired and overall it’s a bit overpriced.

But those issues melt from your mind while behind the wheel. The 745e’s 6-cylinder in-line engine is coupled with an electric motor that (together) pushes out an impressive 389 horsepower and 442 pound-feet of torque. While driving, you’ll never want for additional power. Put the hammer down and the 7 Series happily fulfils your desire for acceleration. The eight-speed Sport Steptronic transmission translates all that torque into acceleration that never seems to produce the jarring of a gear change.

While bombing down the highway or cruising city streets, the vehicle’s suspension smoothes out any cracks, ruts or holes in the road. Importantly, it glides over them without jostling the vehicle’s occupants. Cornering is a mixture of composure and smooth sophistication. The 745e is a large sedan and BMW has done a bang-up job reigning in a majority of the heft during tight cornering. It doesn’t compete with the impressive road-sticking power of the 8 Series, but it’ll have you feeling confident on winding roads. 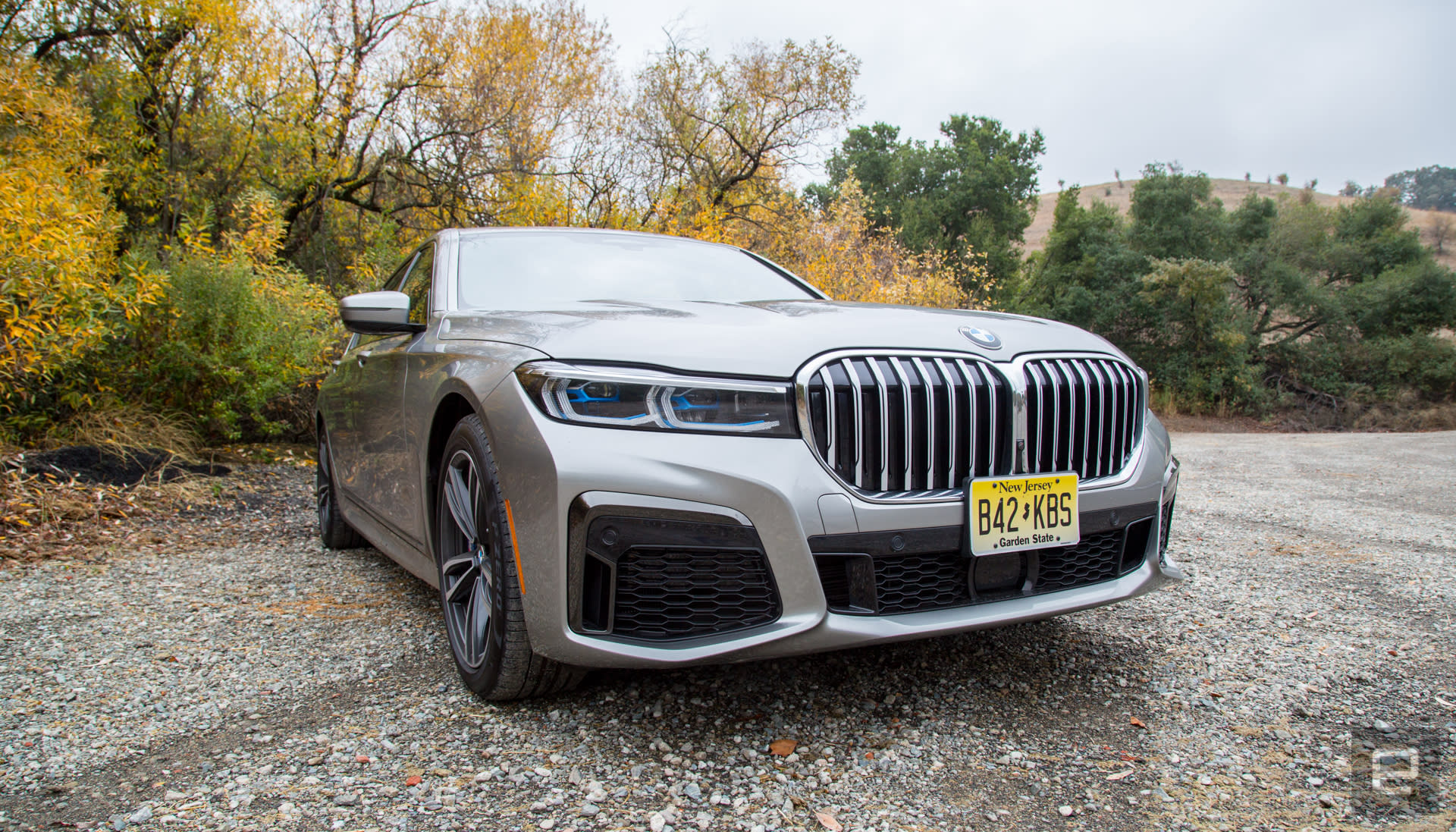 The boldness in engineering wavers a bit when it comes to the 12.0kWh battery pack’s range. In electric-mode, the 745e is rated for 16 miles. In the real world, that’s more like 12-13 while cruising. It’s not horrible, until you think about the sticker price of the vehicle. For just shy of 100 grand, a range of at least 20 miles would seem more reasonable. By comparison, the Porsche Panamera 4 E-Hybrid Sport Turismo gets 30 miles between charges. Sure that battery pack is lugging around a lot of car, but if you’re building a state-of-art plug-in hybrid, give driver’s a bit more to crow about to their friends.

Fortunately, the tech inside that car should help owners gloss over the battery range. BMW’s iDrive system is still top-notch. A bonus is that BMW recently announced that it will no longer require a subscription for CarPlay. New owners should be dancing in the street for not paying a yearly rate for something that’s essentially free in other vehicles.

Another bit of CarPlay news: After having issues with BMW’s wireless connection in the last few vehicles I tested, I was able to connect and use my iPhone with the feature without issue.

The rest of the infotainment system works well with additional screens in the back including an Android tablet with controls for climate and media. It’s next-level fancy and I’m here for it.

Also on the tech front, with each use of BMW’s hands-free traffic jam assistant, I became more enamored with the system. At low speeds in traffic and on a freeway, the system allows for true hands-free driving as long as you keep an eye on the road ahead of you. It reduces the stress and cognitive load of driving in the Bay Area’s increasingly dense gridlock. The in-car monitor does a good job making sure I’m paying attention and the on-wheel lights keep me informed of the feature’s status. I will admit that even though I can keep my hands off the wheel at speeds up to 37 miles per hour, I still have at least one hand on the controls. 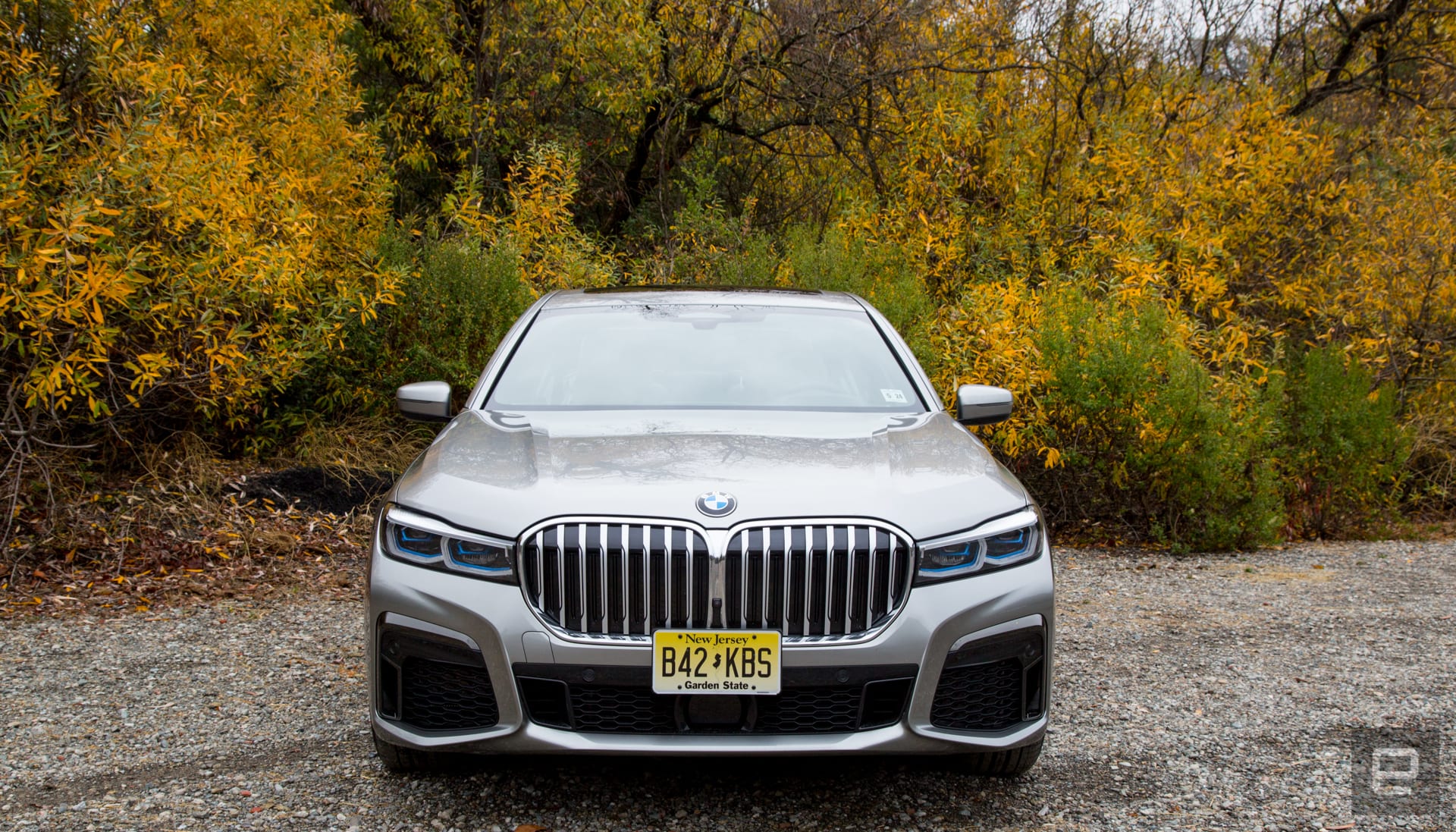 At the heart of the system are the adaptive cruise control and lane-keep assistant features that, while not as robust when it comes to tracking lanes as offerings from Tesla or Mercedes, is a solid system. Tesla and Mercedes are better at keeping their respective vehicles in the center of a lane even around sharper highway curves. BMW is getting better at this, but it’s not quite there yet. Still, the 745e handled cut-ins with grace and tracked the center of a lane well in all but the sharpest curves.

All of this is presented in a package that’s comfortable, luxurious and has enough room for four tall adults without the persistent cries of “Hey, can I put my seat back?” or “Do you have room?” The interior exudes style combined with a layout that’s logical. I was never looking for a button for more than a few seconds — everything is where it should be. Whether around town or on a long road trip, the 745e delivers a sophisticated mode of transportation. Sadly, the battery pack doesn’t offer the pure-electric range that a vehicle of this caliber deserves.

After Math: Some good news for a change