The third is via the express sign in feature that Dell introduced in last year’s Latitude 7400. We’ve seen this in action prior to the 7400 as well, as part of Intel’s Technology concept demos. The sign in feature can tell when you’re near the laptop via proximity sensors in the top bezel, activate the Windows Hello-enabled webcam and sign you in without delay. When it realizes you’re not seated in front of the device for an extended period, it’ll log you out and go to sleep.

Finally, the Optimizer software can also finetune audio depending on what you’re doing. If you’re making a conference call, it will prioritize voices, while movies and gaming will results in different profiles automatically.

Since the Latitude line is for enterprises, it also comes with IT systems tools that enable administrators to decide which of these four areas to enable auto optimization.

Though the Latitude 9510 is a business laptop, it’s been designed to look more stylish and attractive, like its mainstream counterparts. Last year’s Latitudes took cues from Dell’s popular XPS series of mainstream machines. This year, the company focused on shaving pounds and millimeters, leading us to the third superlative claim. 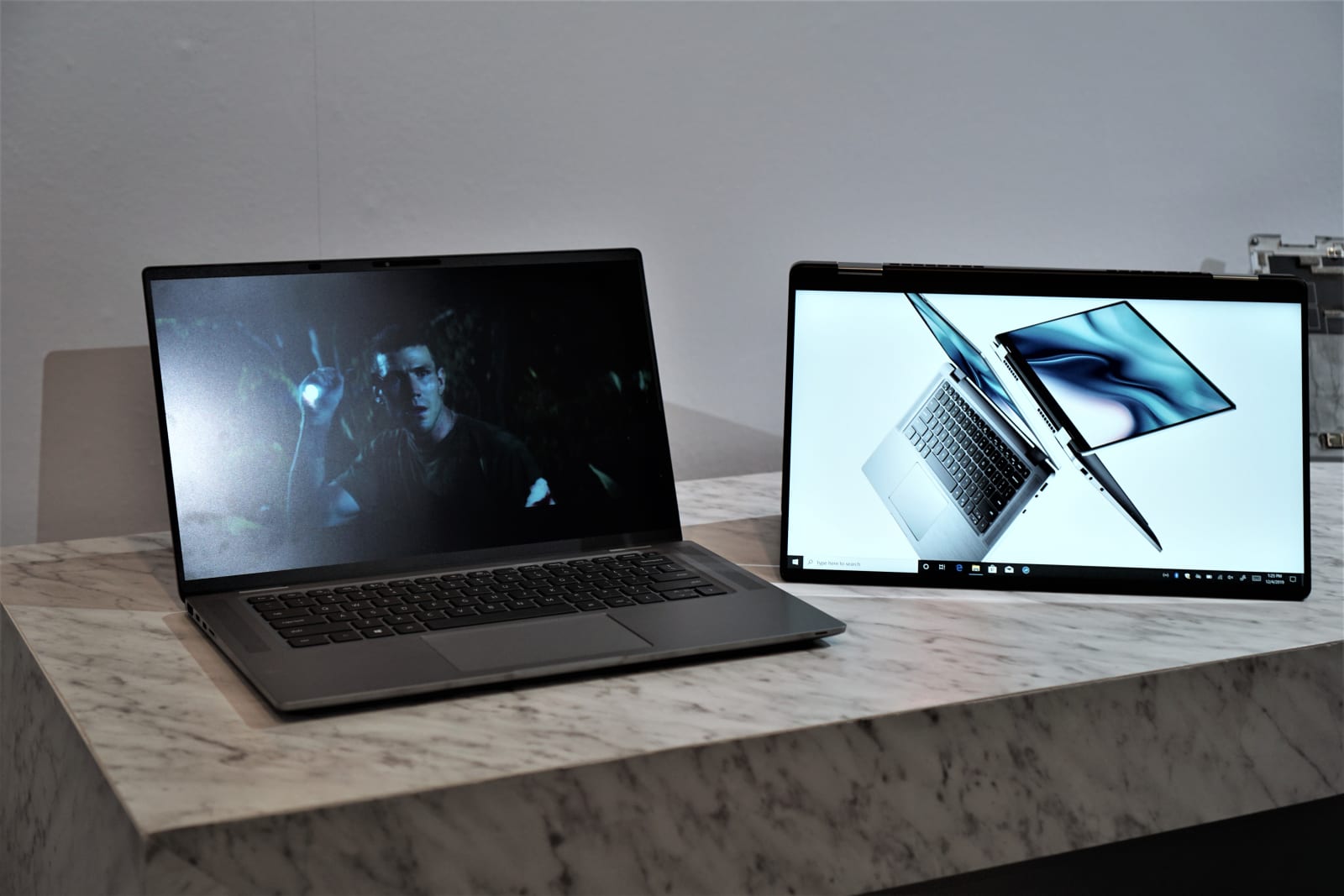 The Latitude 9510 is available in 14- and 15-inch models and in clamshell and 2-in-1 configurations. It weighs 3.2 pounds, which isn’t exactly the “lightest” — the LG Gram 15 weighs a shocking 2.2 pounds. But if you include Dell’s qualifiers, the Latitude 9510 does seem to be the “lightest ultra-premium business 15-inch PC.” That is, depending on your definition of “ultra-premium” and “business.” The 15-inch Surface Laptop 3, for comparison, weighs 3.4 pounds.

But the Latitude 9510 is quite attractive indeed, featuring an aluminum chassis with diamond-cut edges and Dell’s Infinity bezel. It also integrates a speakerphone puck to make you sound much better when you take a conference call on the 9510. Since it is a premium business laptop, the newest Latitude also comes with powerful chipsets, up to 6-core tenth-generation Intel Core processors (10th-gen VPro options coming soon).

Another advanced feature here is 5G connectivity. The Latitude 9510 features antenna around the speaker grilles that flank its keyboard to enable sub-6 networking. By the time this laptop is available come March 26th, 5G networks may be more prevalent than they are now. Dell hasn’t shared a starting price yet, though, but given this is targeted at companies looking to equip their executives, it’s not like you need to start saving up if you want one. Our main takeaway here is that Dell and its peers are taking business laptop design more seriously, meaning those of us delegated chunky elephants of company notebooks may be able to get lightweight, attractive upgrades soon.

This Missouri man is waiting to hear if he has coronavirus...

Here’s how many cyclists it takes to charge a Tesla as...

The pandemic is causing an exponential rise in the online exploitation...