**No Weather Xtreme video this afternoon; we are on a holiday schedule**

RADAR CHECK: We have your classic case of random, scattered showers and thunderstorms across Alabama on this early July afternoon. Storm are moving slowly to the southwest, and some are producing very heavy rain, gusty winds, and lots of lightning. 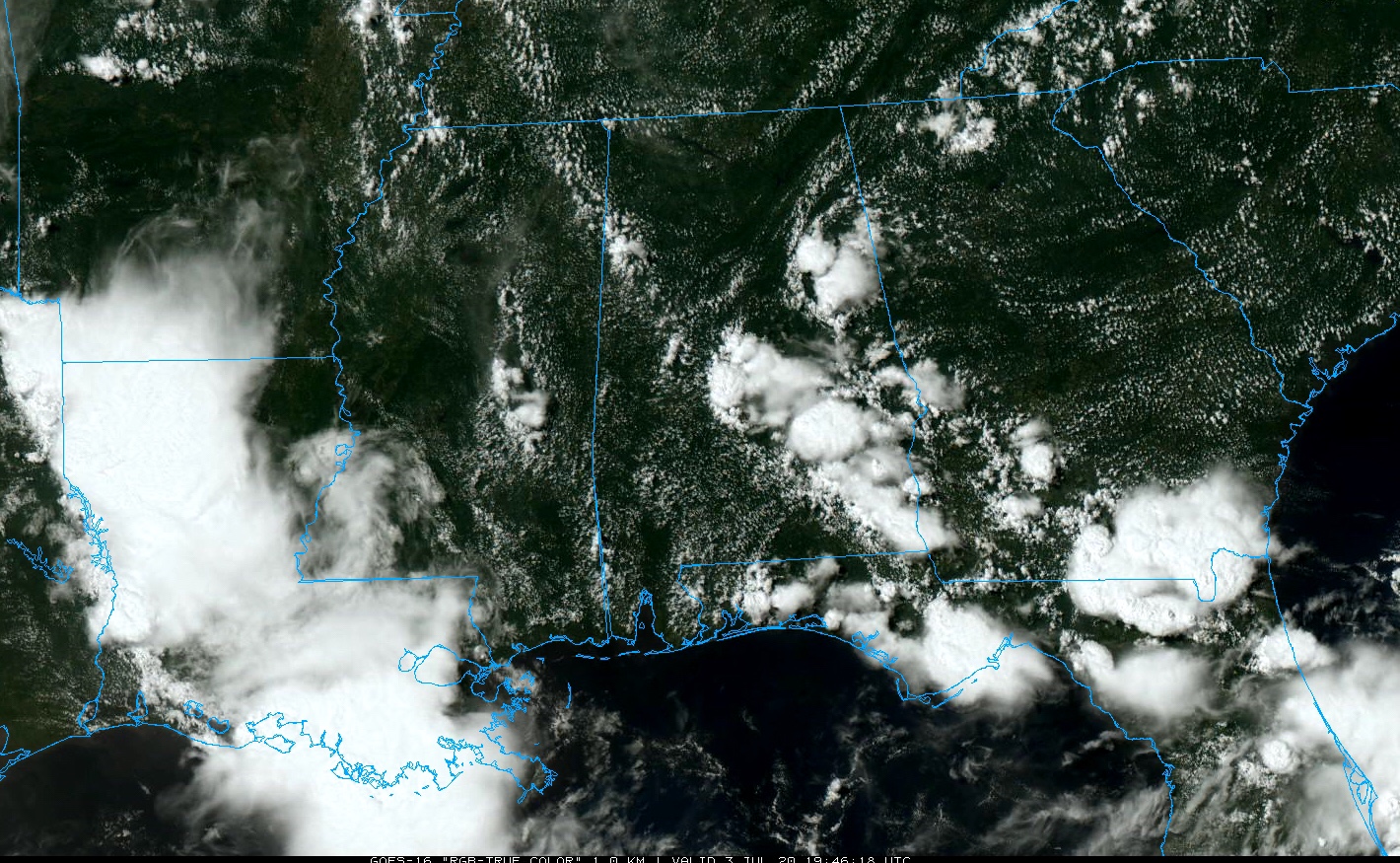 Away from the thunderstorms, temperatures are generally in the low to mid 90s. Showers and storms fade after sunset.

HOLIDAY WEEKEND: Hot, muggy weather continues tomorrow and Sunday with the usual round of “scattered, mostly afternoon and evening showers and thunderstorms” both days. Most, but not necessarily all, of the storms will come from 1:00 until 9:00 p.m. Chance of any one spot getting wet both days will be in the 40 percent range. Otherwise, look for a mix of sun and clouds with afternoon highs in the 89-92 degree range.

NEXT WEEK: With rising moisture and instability, look for an increase in the number of showers and thunderstorms for the first half of the week with a mostly cloudy sky; highs drop back into the mid 80s. Showers should thin out late in the week as the air gets drier… See the Weather Xtreme video for maps, graphics, and more details.

TROPICS: The Atlantic basin remains very calm this morning, and tropical storm formation is not expected through next week. The peak of the season comes in August and September.

ON THIS DATE IN 2014: Hurricane Arthur made landfall at 11:15 pm July 3, over Shackleford Banks, between Cape Lookout and Beaufort, at category two strength. It is the earliest hurricane to hit North Carolina in a season since records began in 1851. Widespread power outages were reported throughout coastal eastern North Carolina. Surge flooding up to 4 to 5 feet above normal was observed over the central and northern Outer Banks with portions of NC Highway 12 and U.S. Highway 64 closed in Dare County. The peak wind gust during the storm was 101 mph at Cape Lookout.

Look for my next Weather Xtreme video here by 7:00 a.m. Monday… enjoy the weekend!