Home Weather Next Week’s Weather: Snow, Rain and More in the Forecast 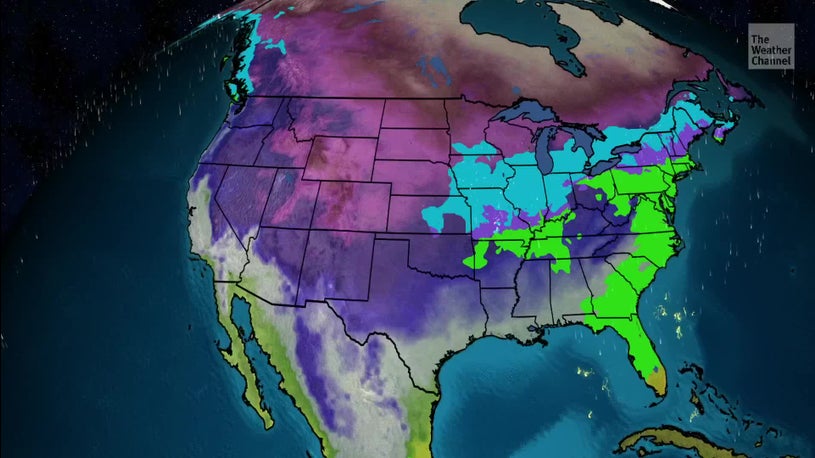 The next storm system will spread rain and snow across the country from Southern California and the Desert Southwest this weekend to the Plains, Midwest, South and East in the week ahead.

While specifics are somewhat unclear at this time, there are still three general takeaways about the weather in the final week of February.

First Rain This Month For Some, Latest in Wet Parade For Others

This next storm system should bring rain into Southern California and the Desert Southwest by Saturday.

This would be the first rain of the month in L.A., but Northern California will likely remain dry, continuing its pursuit of an extremely rare completely dry February.

The rain should spread into the Plains and South beginning Sunday, before sweeping off the southeast coast by late Tuesday or Wednesday.

Some pockets of heavy rain are possible in parts of the South, but this system should progress fast enough to prevent a widespread flash flood event, despite saturated ground and rivers already in flood stage.

Some Northern Snow, But an Uncertain Forecast

Snow will blanket areas from California’s southern Sierra to the Rockies of Colorado, possibly including the Front Range of Colorado this weekend.

Beyond that, the wintry details of this storm system in the Plains and East next week are tricky to forecast. Marginal cold air ahead of the system is one reason for this. Highs Monday and Tuesday could rise above freezing in much of the Midwest and Northeast.

(MORE: No Winter Storm Warnings Yet This Season in Chicago or New York)

Computer forecast models also aren’t in sync on the evolution of this low-pressure system.

Some models sweep the system relatively quickly through the East by Wednesday. Others bring a second round of snow from the Midwest to the Northeast due to a second impulse in the jet stream diving into the Plains around mid-week.

These models also differ between a modest snow event and a heavier snowstorm.

For now, at least some snow looks like a good bet from parts of the Midwest into the interior Northeast next week. But all other details remain uncertain.

Check back with us at weather.com for updates as this forecast comes into focus over the next several days.

The cold air following next week’s storm is a more straightforward forecast.

As we covered previously, a subtle change in the jet stream pattern is expected to spread more persistent cold into the Midwest, South and East later next week, potentially lingering into the first week of March.

Exactly how long that colder air persists is uncertain, but this cold snap may last longer than the relatively fleeting spells of cold we’ve seen so far in February.

The Weather Company’s primary journalistic mission is to report on breaking weather news, the environment and the importance of science to our lives. This story does not necessarily represent the position of our parent company, IBM.

Reading Satellite Images – What the Clouds are Telling You

Apple to bundle services in Prime-like ‘Apple One’ subscription

Why Tyler Adams’ goal for RB Leipzig was the most important...