As a refresher, the Galaxy Book Flex and Ion were the first laptop with Samsung’s QLED screens, promising greater power-savings while being able to hit a peak brightness of 600 nits in an “Outdoor Mode”. The Flex Alpha offers the same technology, meets the same brightness measurement and runs at full HD — just like the more-premium machines.

From press pictures that Samsung provided, the Alpha also looks a lot like its very attractive stablemates, which felt impressively light. The newest member of the family fits in nicely on this front, weighing 1.19kg (about 2.6 pounds). The Galaxy Book Flex comes in at 1.1kg (or 1.5kg for the 15-inch variant) while the Book Ion starts at 0.9 kg (1.1 kg for the 15-inch unit). The new notebook’s profile of 13.9mm is just a hair thicker than the other two (12.9mm) 13-inch models, which shouldn’t be very noticeable. But we’ll have to wait till we can get hands-on with the device to say for sure.

Like the Flex and Ion, the Flex Alpha also features a fingerprint sensor on the keyboard for convenient logins, and sports a decent array of ports. You’ll find two USB 3.0 jacks, one USB-C socket, an HDMI slot and a microSD card reader. And though it’s already 2020, the headphone jack hasn’t completely disappeared (yet) — the newest Galaxy Book offers one onboard. 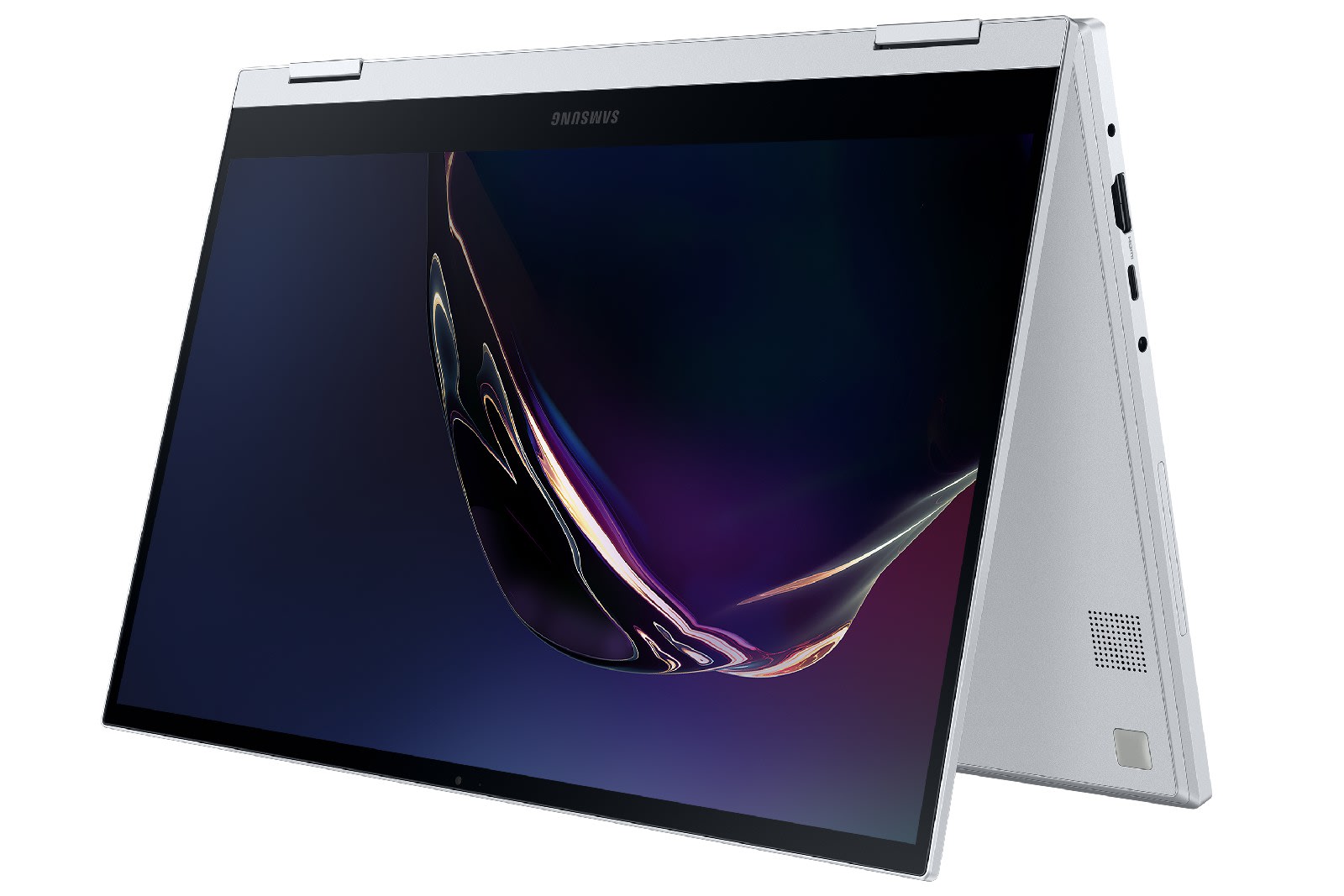 Of course, Samsung had to sacrifice a few features on the Flex Alpha to meet that lower cost. The biggest difference here is the smaller 54Whr battery compared to the 69.7Whr cells on the older laptops. The Flex Alpha’s graphics processor is also limited. It uses an Intel UHD option compared to the Iris Pro or NVIDIA MX250 processors you can upgrade to on the other two, depending on the screen size. While the Flex and Ion could support SSDs with up to 1TB of storage, the Flex Alpha maxes out at 512GB. RAM is a similar story, with the Alpha going up to 12GB compared to 16GB on the older pair.

The rest of the specs list is fairly straightforward. You’ll get WiFi 6 support, tenth-generation Intel Core processors and stereo speakers. Since Samsung hasn’t given a more specific availability window than “the first half of 2020,” there seems to be plenty of time before you have to decide which of the QLED Galaxy Books you want to get.

Don’t confuse these with the Galaxy Book S, by the way, which will finally be released in the US on Jan. 16th. The S is an “always connected PC,” with a focus on LTE support, fast wake times and long battery life. An Intel-powered variant is expected later in the year.

Future AirPods might jam light sensors into your ears because… health

Can Remote Work Be Fixed?