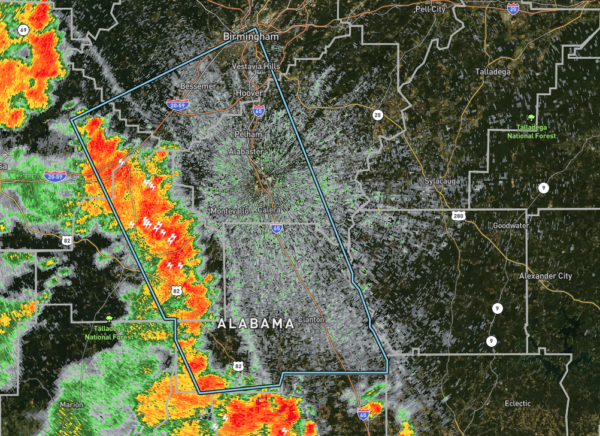 At 838 PM CDT, Doppler radar was tracking strong thunderstorms along
a line extending from near Abernant to Parnell. Movement was east at
30 mph.

Winds in excess of 40 mph will be possible with these storms.

Torrential rainfall is also occurring with these storms and may lead
to localized flooding. Do not drive your vehicle through flooded
roadways.

7:00 AM | *More unsettled weather conditions as we close out the week…improvement this weekend* — Perspecta Weather