The Northwest snowpack is now well above normal and with the latest model runs, it is pretty much guaranteed to stay that way through April 1.

And April 1 is the key date: the defined date for measuring the winter’s snowy bounty before the spring melt season begins.

Snoqualmie Pass a Week Ago

Let me tell you why I am so optimistic.

We start off with a BIG snowpack, which is something you might expect in a La Nina year.  Every region of the state is above normal, with the western slopes of the Cascades averaging about 140% of normal as of March 2.   164% of normal in the Olympics. 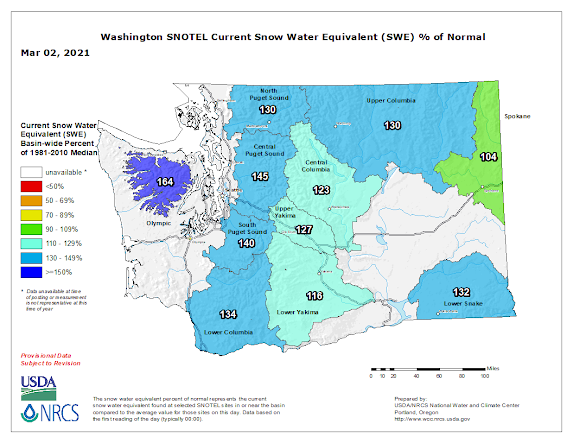 But if you really want to be impressed, consider a few specific locations.

Take Stevens Pass in the central WA Cascades (below).  The light blue line is the normal snowpack through the year (actually SWE:  snow water equivalent) and the dark blue line is this year.

Wow.  The snowpack went CRAZY in February, going from near normal to WAY above normal.   In fact, far exceeding the normal annual maximum in early April. 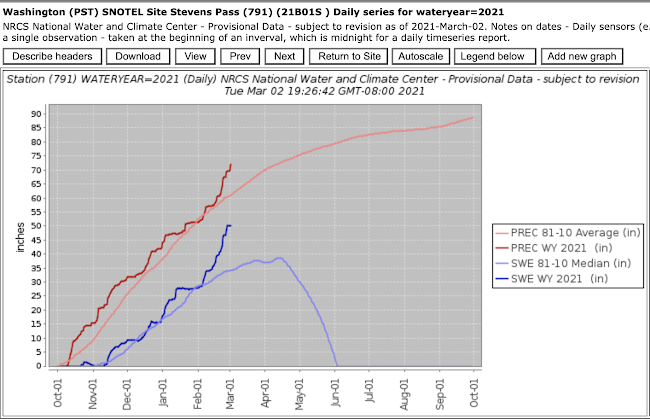 What about White Pass on the eastern side of the Cascades.  Prepare yourself.  Even MORE above normal. This February has been extraordinary.  No wonder skiers are going crazy. 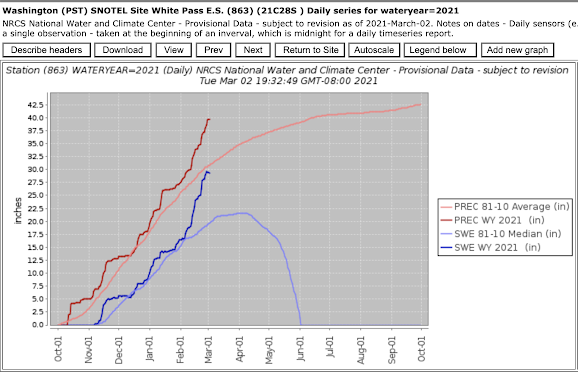 Another way to explore how good the snowpack is this year is to use the new online app provided by the Office of the Washington State Climatologist.  Here is their comparison of this year’s SNOWDEPTH with those of previous years for Stevens Pass.  The blue line is a long-term average.

And the snowy fun is not over.   Let’s look at the snow forecast from the world’s best:  the European Center’s extended-range forecast.   For the next month it is going for COLDER than normal conditions (see map). Blue colors naturally. 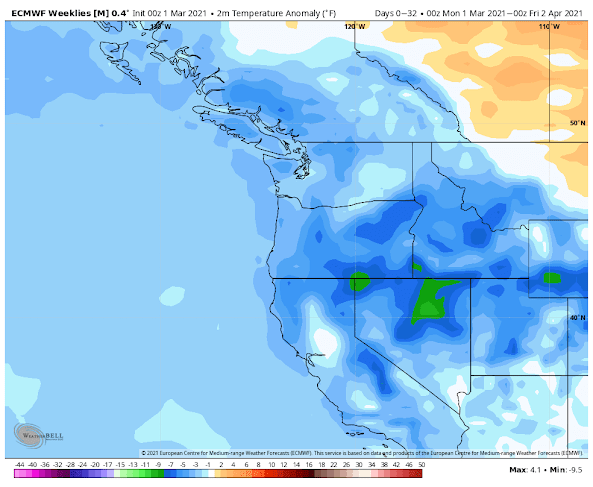 And there is bountiful snow forecast for the next month as well (see below).  Even California gets in on the massive snow action. 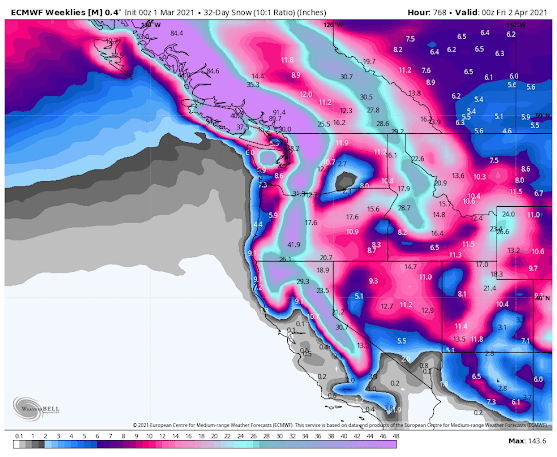 Global warm will reduce snowpack this century, but the effects are still subtle and small at this point. 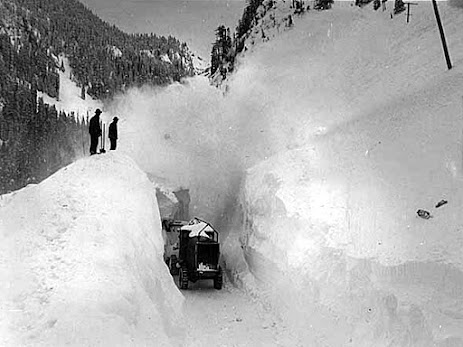 Charleston Race Week 2021 Final Day: Why The Sudden Elevated Winds at the Start?