California has experienced a very dry year, with the precipitation since January 1st well below normal in most of the state, with particularly dry conditions in the northern portion where several of the big reservoirs are located. Some areas are down as much as 15-20 inches!

And not surprisingly the reservoirs are generally quite low right now,  with a number down to roughly 35-40% of normal (see below).   Not good. 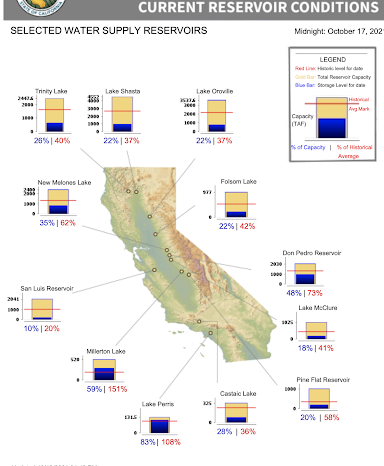 Making the situation more worrisome, a La Nina is a near certainty for this winter, which generally produces drier than normal conditions over central and southern CA.

But sometimes the atmosphere does not follow persistence or the expected playbook, and at least for the next week, the northern part of the Golden State is going to be hit hard with rain.  It may be called the Sodden State.

To give you some insight into this situation, below is the latest ensemble forecast from the highly skillful European Center modeling system fortotal precipitation over the western U.S. for the next 15 days.

Wow.  Not only is BC and Washington wet, but northern CA gets as much as 12-14 inches.  That would make a huge difference, helping to refill the reservoirs. 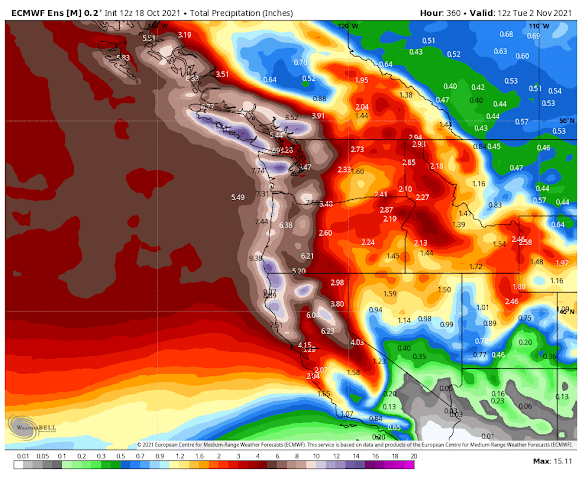 And the UW WRF model prediction of total precipitation for the next week is also wet with huge amounts over the Sierra Nevada and northern CA.

Not satisfied?  The 46 day precipitation anomaly forecast (the difference from normal) through December 3 shows a MUCH wetter than normal autumn over northern CA. 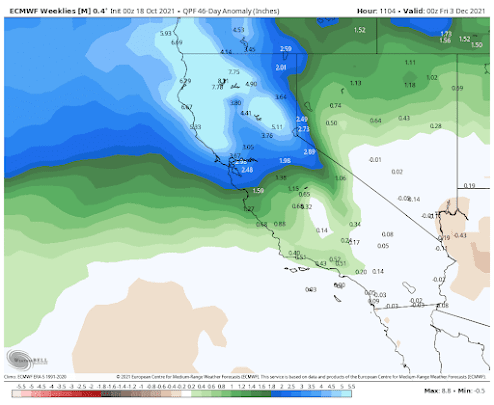 Now if they only would stop wasting water in agriculture (like 1 gallon used PER ALMOND), the water situation might stabilize down there.

And I know you are curious about our big storm offshore.  It is still coming to our offshore waters on Thursday.  Here is the latest forecast from the European Center for Thursday morning.  Around a 955 hPa low.  Impressive 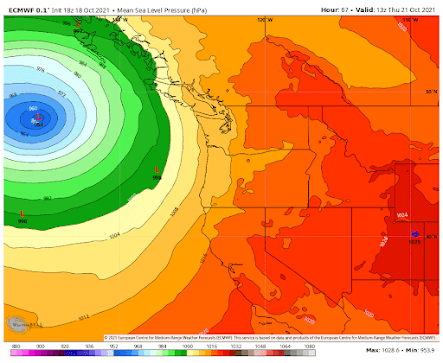 The Second Edition of My Northwest Weather Book is Now Available!

My new book is greatly improved and expanded over the first edition, with new chapters on the meteorology of Northwest wildfires and the weather of British Columbia.  A completely revamped chapter on the effects of global warming on our region.  And it has been brought up to date with recent weather events and the imagery is improved greatly. 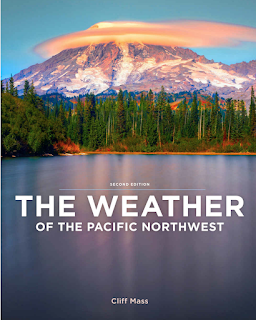 Where can you get it?

Or secure a copy from the publisher:  UW Press.
And yes, there are online sellers like Amazon and Barnes and Noble.

Ai-Da robot gives public performance of her own poetry