It is now clear that La Nina is not going away, and may hang around into next winter.

Cold water is entrenched over the central and eastern tropical Pacific (the definition of La Nina) and the latest forecast model runs suggest a continuation into fall.

Several of you have asked:   what does this imply for our summer weather?

Let me tell you.

But first, the bottom line:   the summer effects of La Nina are modest, but will push the western side of our region towards cooler than normal conditions.

During La Nina years, sea surface temperatures off the West coast are usually cooler than normal, and those cooling effects spread inland.

To illustrate, here is the sea surface temperate difference from normal for the summer months (May through September) for La Nina years.    Blue colors are cooler than normal. 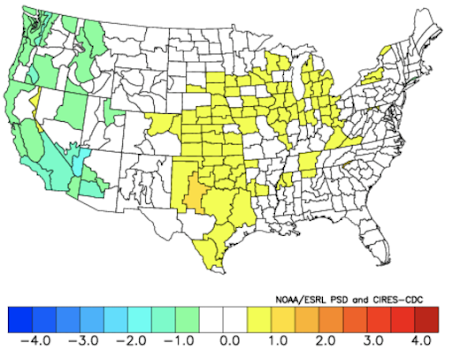 In contrast, West Coast precipitation is hardly changed…perhaps slightly drier on the western sides of the Cascades.  I suspect this is because the colder water works against thunderstorms.  Interestingly, La Nina seems to have more summer impact over the Midwest U.S. 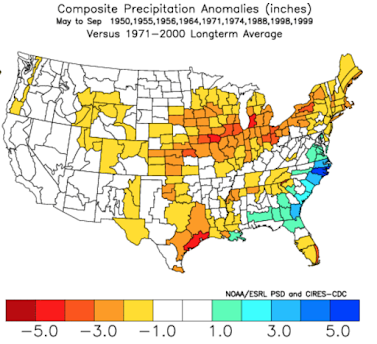 La Nina (and El Nino) have far more impact on West Coast weather during winter and early spring than summer.    The atmosphere is far more active during the cool season, with stronger, more active flow in the midlatitudes and more interaction between the tropics and midlatitudes.

As I will detail in a future blog, we are on track to “enjoy” the coolest spring in a half-century.  Right now, the average April/May high temperature at SeaTac is the second-lowest in the past 50 years (see below).  And there are a lot of cold temperatures ahead. 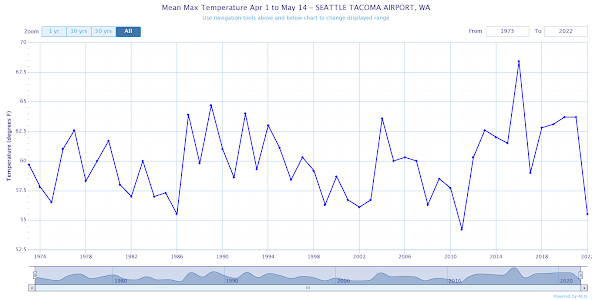 And at Yakima, this spring IS the coldest by far. 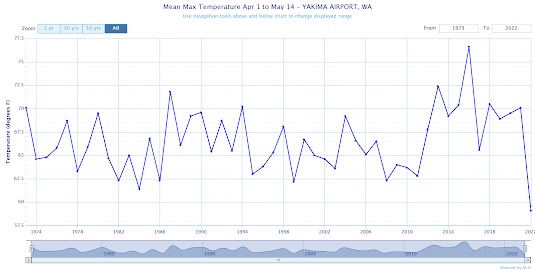 La Nina gets part of the blame…but not all.

And I hate to tell you this…. record-breaking cold will be returning later this week.  So don’t put your sweaters away yet.

Flash Flood Warning for Parts of Macon Co. Until 12:15 am : The Alabama Weather Blog

A Wet July 3 and the Secret Sauce of Northwest Thunderstorms

Your July Fourth celebrations will be more expensive, with one exception

Factories Slow Down From US To Asia