WELCOME TO JULY: The week is ending the way it started…very warm and muggy with temperatures ranging from the low 80s to lower 90s across Alabama this afternoon. We are seeing a more clouds than sun, and watching the radar as those daily, random showers and storms develop across the Alabama landscape. 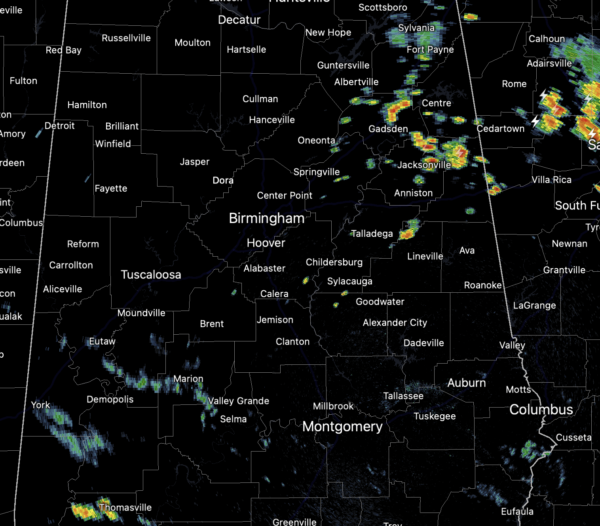 Again, expect a lot of lightning with any storms that develop, and also tropical downpours which can lead to areas of isolated flash flooding. Some storms could be strong with gusty winds the main threat. This time of year, it is almost impossible to know exactly when and where storms will occur, you just have to watch radar trends through the day.

FOURTH OF JULY WEEKEND: Little change tomorrow through Independence Day Monday. You will see some sun at times and plenty of clouds; from time to time a passing shower or storm is likely, especially during the afternoon and evening hours. Highs will be mostly in the upper 80s. Again, be prepared to dodge raindrops along the way, but it will be no “weekend washout”

REST OF NEXT WEEK: The upper ridge will remain mostly west of Alabama, but we can expect afternoon highs to return to the low 90s by the middle of the week. Expect partly sunny days, with scattered, mainly afternoon and evening storms.

BONNIE FINALLY FORMS: The center of Tropical Storm Bonnie was located near latitude 11.2 North, longitude 81.0 West. Bonnie is moving toward the west near 20 mph and a continued westward motion with a gradual decrease in forward speed is expected through Saturday night. A west-northwestward motion is expected to begin on Sunday and continue into Monday. On the forecast track, the system will move across the southwestern Caribbean Sea today, cross southern Nicaragua or northern Costa Rica tonight, and emerge over the eastern Pacific Ocean on Saturday. The system will then move offshore of but parallel to the coasts of El Salvador, Guatemala, and southern Mexico Saturday through Monday. 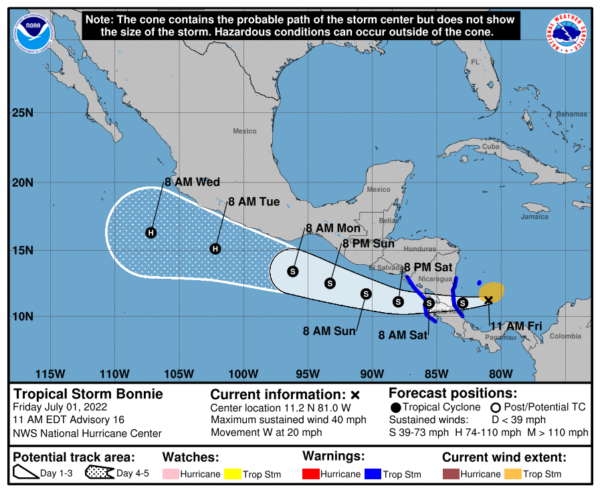 Maximum sustained winds are near 40 mph with higher gusts. Bonnie is expected to strengthen before it makes landfall tonight After landfall, short term weakening is forecast on Saturday, but Bonnie is expected to restrengthen later this weekend and early next week over the eastern Pacific. Tropical-storm-force winds extend outward up to 115 miles north of the center. The minimum central pressure is estimated to be 1005 mb (29.68 inches) based on data from the Air Force Hurricane Hunters. When the system crosses into the Pacific Ocean after landfall in Central America, it will get a new name…Darby and it is expected to be a hurricane by next week. 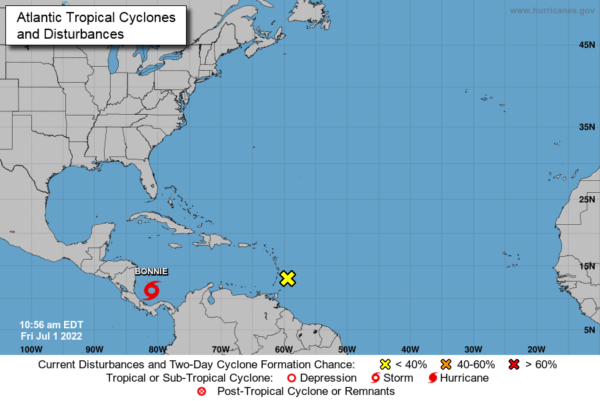 ELSEWHERE IN THE TROPICS: The feature in the western Gulf has moved onshore and it now a rainmaker for Texas. Farther out, a tropical wave located about 100 miles east of the Windward Islands continues to produce disorganized showers and thunderstorms. The associated shower activity and gusty winds are expected to spread across the Windward Islands later today. Any development of this system should be slow to occur during the next day or so before the wave moves into unfavorable conditions over the eastern Caribbean Sea. Formation chance through 5 days…low…10 percent.

WORLD TEMPERATURE EXTREMES: Over the last 24 hours, the highest observation outside the U.S. was 127.9F at Baharia, Egypt. The lowest observation was -101.7F at Vostok, Antarctica.

Some Showers and a Cool Down Ahead

Alabama NewsCenter — Mercedes-Benz shares sneak peek inside next EV SUV to be built in Alabama : The Alabama Weather Blog

Some Showers and a Cool Down Ahead

Opinion: I will never live in the marital shadows again