Welcome to monsoon season in the Northwest!

Showers spread northward from Oregon this morning into Washington State (see radar at 6:30 AM this morning below).  Generally only a few sprinkles, but it was nice change in any case. 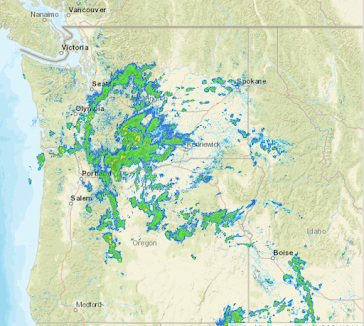 The moisture is associated with a plume of water vapor coming out of the southwest—a northwestern extension of the Southwest Monsoon (also called the North American Monsoon). 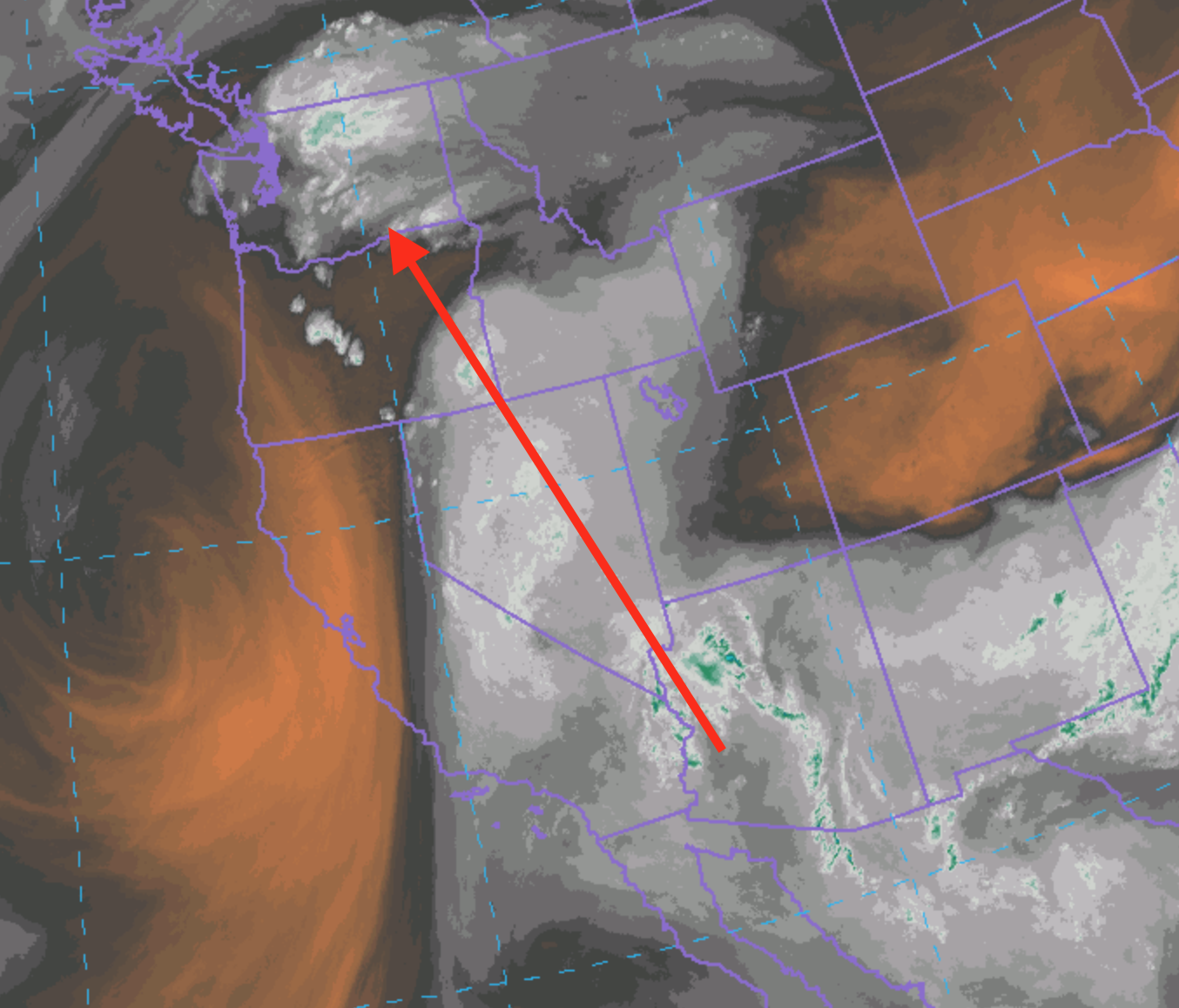 as does the infrared satellite image. 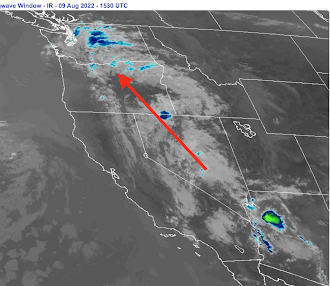 The Southwest Monsoon occurs every summer from roughly late June through late August.    It occurs as high pressure tends to build over roughly the New Mexico area, resulting in moisture being swept up from the Gulf of Mexico, across Arizona and western New Mexico, and then up across Nevada into eastern Oregon (see schematic below, showing upper-level heights at 500 hPa (you can think of this like pressure at 18,000 ft).  The white area shows the direction of the flow at that level. 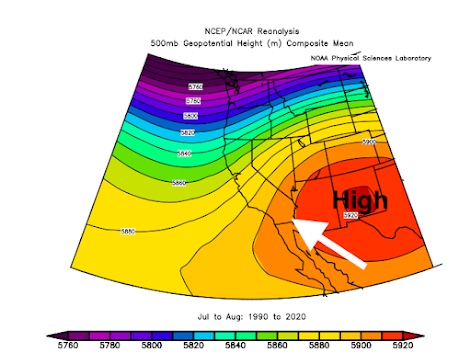 During the past day, the monsoon plume of moisture was supercharged by a strong low center that developed west of California (see map below, which shows winds and heights/pressures at 500hPa/18,000 ft).  This really revved up the moisture-laden flow from the south. 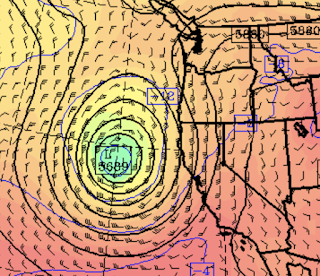 During the last 24 h (see below) the monsoon clouds/showers brought light rain into eastern Oregon, with some spreading westward to the Cascades.  Here in Seattle, only about a trace. 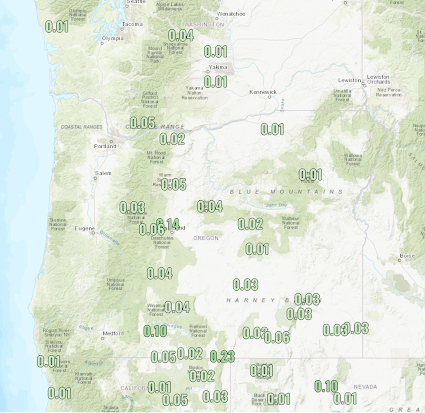 During the next 24 hr, more light showers will occur over the region as the low off California heads northwestward into our region.  Below are the 24-h precipitation totals ending 5 PM Wednesday.  You can see the showers swirling around the low offshore and more monsoon moisture heading up into eastern Oregon.

An interesting research question my group is working on deals with the implications of global warming for regional precipitation and particularly monsoon moisture.   Our initial work suggests MORE summer monsoon precipitation over eastern Oregon as things warm up (see below).   But we have a lot more work with higher resolution climate simulations to nail this down. 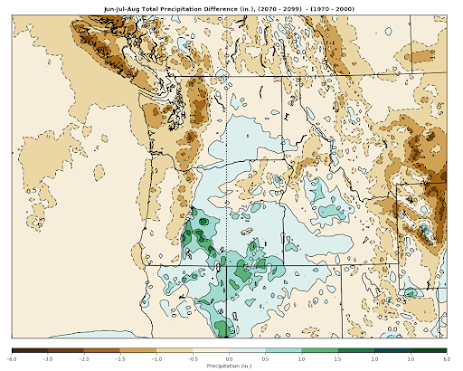 Nice & Warm for Us Today; Ian Forms & Begins His Trek to the Gulf of Mexico

Magnus Carlsen: FIDE reprimands former world champion for quitting match after one move but ‘shares his deep concerns’ about cheating in chess