Although the Pacific Northwest is known for bountiful rain and lush rain forests, it also possesses extraordinarily dry locations as well.  To illustrate, the westerns slopes of the Olympics have locations that receive up to 180 inches a year and 100-120 inches per anum is not unusual on the windward (western) slopes of the Cascades (see below).

In western Washington, the driest location is the rainshadow of the Olympics, where some locations, such as Sequim, enjoy 15-17 inches of precipitation per year.  But if you are looking for REALLY dry conditions, you must head to southeastern Washington, where less than ten inches a year reaches the rain gauge.

According to the dictionary definition, that portion of eastern Washington can be considered a desert.


But where EXACTLY is the absolutely driest location?   Rain sodden western Washingtonians want to know!   And the answer should certainly be of interest to agricultural interests.

So let’s turn next to the Oregon State PRISM high-resolution annual precipitation analysis (see below).  This analysis is more detailed, showing some portions of eastern Washington getting as little as 4-8 inches. 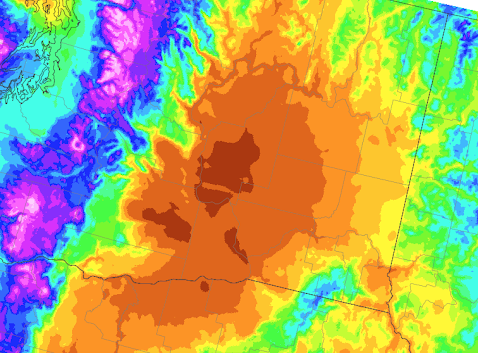 A terrain map  (below) suggests that the driest areas (indicated by red ovals) are associated with low areas near much higher terrain.    This makes sense, since precipitation declines as air moves down terrain, compressing and drying as it does so.  With westerly (from the west) winds, these locations would experience maximum drying. 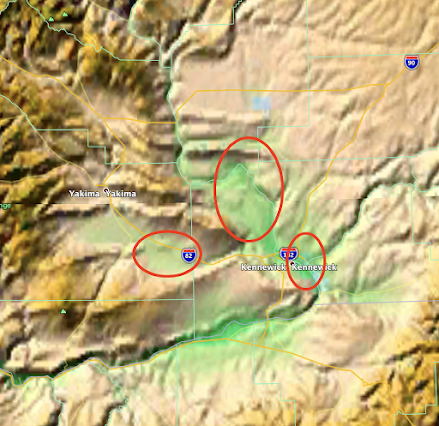 So EXACTLY, where is the driest place in Washington?

I first asked Dr. Nick Bond, Washington State Climatologist (and my con-instructor of the senior UW weather forecasting class).   He suggested Sunnyside, which only received 6.57 inches a year since 1981.  I also asked Mark Albright, who was past state climatologist, and he noted the Hanford Weather Station, which measured 6.80 inches on average from 1947 to 2020.

I next turned to the WSU AgWeather network, which has a lot of stations, but few go back more than 15-20 years. 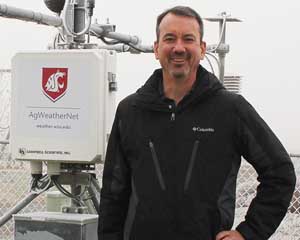 But now it was time to go for the big dry.

So I next checked locations I thought had the best combination of low elevation and big terrain immediately to the west.

First, Desertair, which had nearly exactly 5 inches a year since 2009.

Then, Mattawa E. in Grant County. 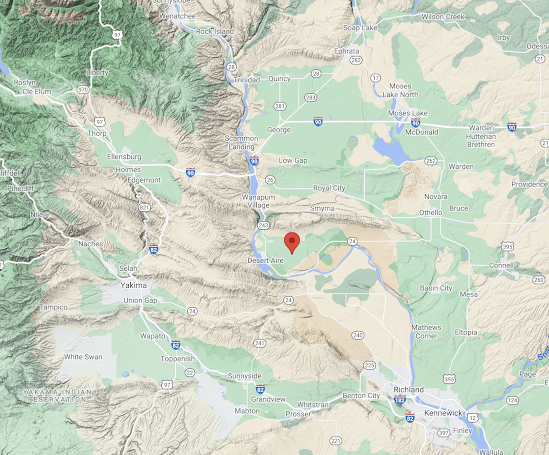 Less than five inches in Washington State.  Who would have thought?

Mattawa has almost exactly the same annual precipitation as Las Vegas (4.49 inches per year).  Perhaps, someone should put a casino there.  The weather station looks kind of lonely, surrounded by irrigated fields. 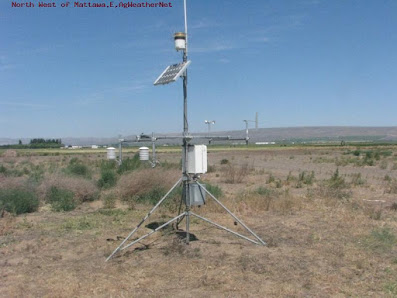 Most Of Alabama Dry Through Friday; Pleasant Nights